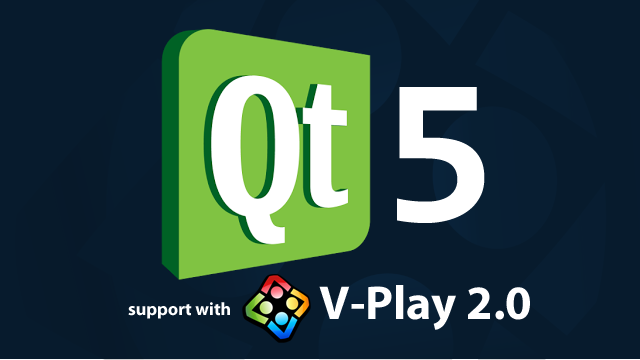 Today we announce something … BIG.

How this will benefit you? In many ways, just read on and find out…

Felgo and Qt has come a long way since we released the first Felgo Beta two years ago. Back then, Qt 4 was still owned by Nokia, and the first Android support drafts existed from Bogdan Vatra. The potential of Qt and especially QML & JavaScript as powerful scripting languages was huge. But there was a main problem at running a Qt 4 app on Android or the experimental iOS branch: performance!

This was the reason why we combined the power of QML for game logic with Cocos2d-x, a C++ based rendering engine. This allowed us to release a high-performance game engine on top of Qt years before Qt officially supported iOS & Android.

Now, two years later, things have changed: Qt 5.2 is the first release with better rendering performance than Cocos2d-x, full iOS support and Qt in general evolves rapidly thanks to the new owner Digia.

Qt is getting better with every update both in performance and supported platforms. And starting from today you, our Felgo customers and community, can enjoy that!

Felgo 2.0 with full Qt 5 support is now available for all Felgo licensees. See here how to download it if you already have a Pro license. Or upgrade now and benefit from the currently lower prices until tomorrow, Friday 11th of April.

These are your key benefits with the new Qt 5 release:

If you already have a Qt 5 based game, now is the time to switch to Felgo and benefit from the Full Gaming API of Felgo powering hundreds of games. Your key benefits are:

And of course as part of Felgo you can use our leading Qt plugins that enable you to:

As we have announced last week, we will raise prices for all Felgo licenses with this major update. You still have 24 hours to benefit from the lower prices at the moment and upgrade here:

As a Felgo customer, you have access to Felgo 2.0 and can access the first full sample game we have ported to Qt 5: Chicken Outbreak! See here how to download Felgo and use our Qt 5 forum to give your vote on the remaining porting steps of the Felgo Game API. The forum also explains how easy it is to port your existing Felgo 1.0 games to the new version.

Join us in this new era of Felgo and Qt and become a Felgo Pro today – we’re here to help you grow your games!