This post of the Felgo 3.7.0 series highlights the Felgo tooling improvements that come with the latest update. The QML Web Editor features a new WebAssembly Live Preview and you can now use Felgo Cloud Builds to build Qt projects for desktop like you are used to for Android or iOS. Finally, the new release also brings a lot of improvements for QML Hot Reload for Felgo Live.

Apart from these tooling improvements, Felgo 3.7.0 is packed with lots of new features as well. We already covered them in the previous posts of this series:

Build Your Qt Project in the Cloud for Windows, Mac & Linux Desktop

After developing an application you want to build and release it for a variety of target platforms. This is a major undertaking, as you need to set up and maintain a build environment for each platform.

As an application grows, you usually have to create a lot of major or minor builds for testing and new releases. Regardless of the target platforms, Felgo Cloud Builds simplifies this process for any Qt or Felgo project.

In addition to platforms like Android and iOS, Felgo Cloud Builds now also builds for Windows, macOS and Linux Desktop - with a central and stable build environment.

Felgo Cloud Builds compiles and packages your Qt or Felgo project for all chosen platforms at once. For each build target, you get a .zip archive that contains your desktop app with a ready-to-use executable. The windeployqt and macdeployqt tools are already applied, so you don’t need to worry about runtime dependencies anymore.

Notarization: Get Friends with SmartScreen on Windows and Gatekeeper on macOS

Modern operating systems like Windows or macOS all include a so-called “Gatekeeper”. It is a piece of technology that protects users from running malicious software on their computer.

SmartScreen, the gatekeeper on Windows, stops an application from an unidentified source and shows a warning dialog when you are about to open it.

You can still start the application but it is not obvious how to get around this dialog at first glance. Also, most users will not run an application that the operating system considers malicious and insecure.

The gatekeeper software of the latest macOS versions is even more restrictive, as it blocks unsigned applications without exception. Only notarized applications pass the security check. This means that they have to be signed and whitelisted by Apple. SmartScreen implements a similar process. It will not interfere with signed applications that are known by the servers.

To prevent errors and code-sign your binaries, you can enable and configure signing in the build settings of the desktop targets.

This is an important step when you publish your application, and Felgo Cloud Builds can do it for you.

Along with the desktop support, there have been many more improvements to Cloud Builds:

Felgo for WebAssembly (WASM) allows execution of Qt/Felgo apps on all compatible browsers. Built on top of this, the Felgo QML Web Editor is now equipped with a Live Preview to see and run QML code snippets directly in your browser.

The Web Preview is a great tool to support you during development. When exploring the Felgo documentation and components, you can open an example in the Web Editor to test and preview the code:

Test right in your browser! Run This Example

Besides the Web preview, you can also install the Felgo Developer App for iOS or Android and test the code from the Web Editor on a real device. In case you missed it from our previous blog post: The Felgo Dev App also includes more than 20 app demos that you can browse and run on your phone.

All the examples and demos are available with the web version of the Felgo Developer App as well. You can browse all Felgo and Qt QML components and run the examples right from within your browser: 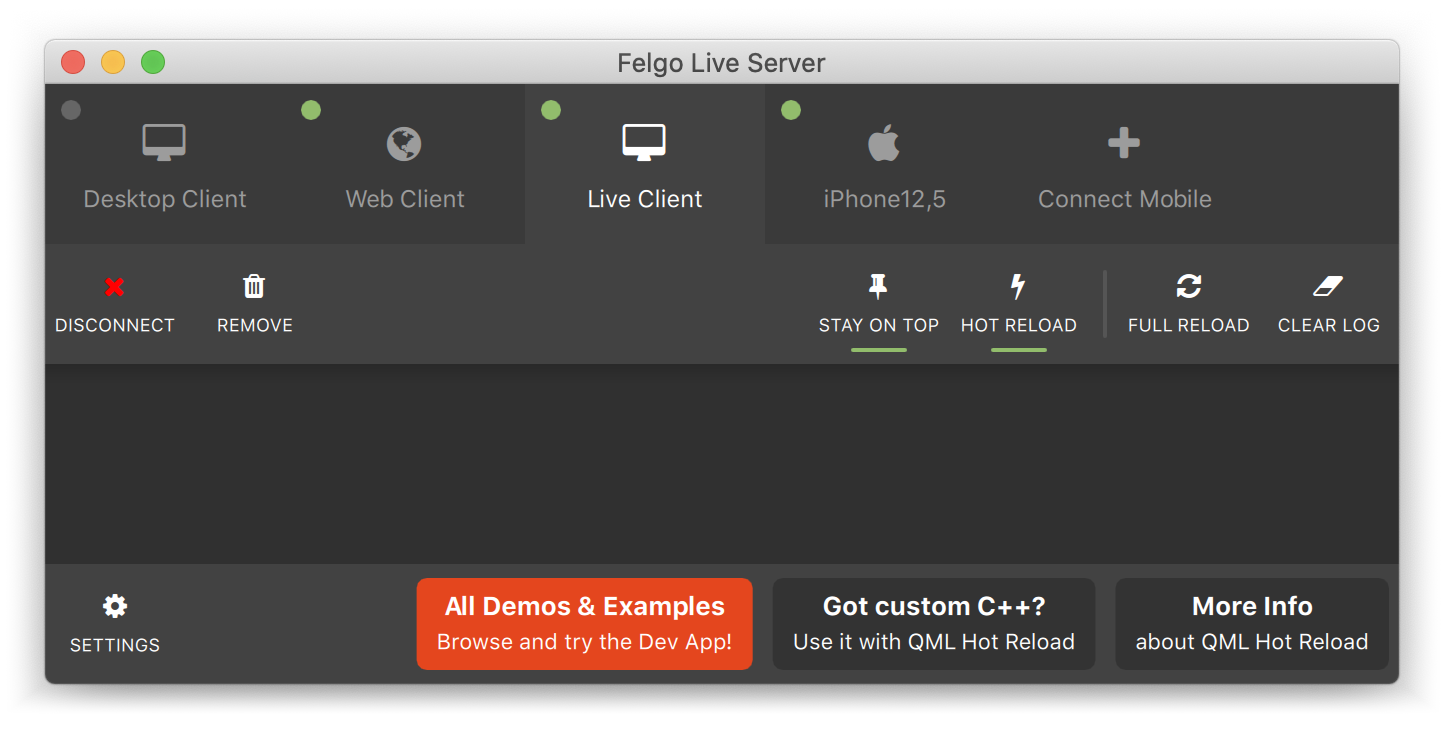 Learn More about Felgo Tooling and Plugins with QmlBook

The QmlBook is a great learning resource to improve your QML skills. In addition to language details and best practices, it covers all important components and features you need for developing apps with Qt Quick. In case you are just getting started with Felgo, you will find a full introduction to the Felgo SDK in chapter 8.

For details on Felgo tooling additions like QML Hot Reload or Cloud Builds, you can visit chapter 19 of the online book. Learn where to find the tools, what they do, and the advantages of using them. For example, if your project requires additional C++ code or compilation of native libraries, you can find the steps to build a custom live client for your application.

Next in the Series: Felgo Cloud IDE - Develop in your Browser!

The new Web Editor with Live Preview and the Developer App are great tools to support your development. But this is only the beginning and we’ve saved the biggest addition to the Felgo tooling for last. If you paid attention to previous posts of the 3.7.0 series, you might have heard of it already: The Cloud IDE. 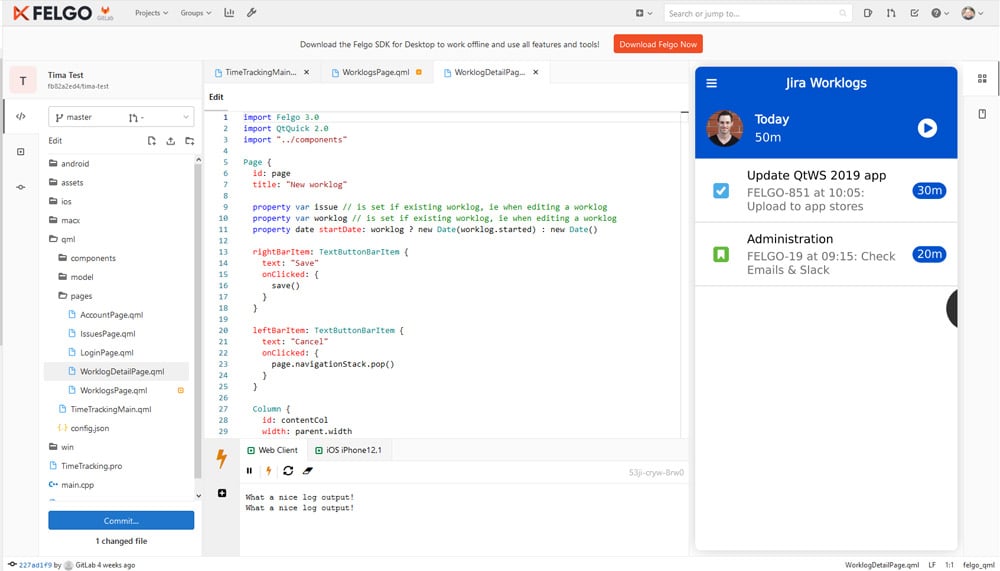 It is a full-fledged development environment for Qt and QML right in your browser. Similar to the Web Editor, you get a live preview of your app using WebAssembly. But the Cloud IDE also offers auto-completion for components, allows quick-access to the documentation and integrates perfectly with Felgo Live.

As it is powered by GitLab, you get full Git integration to collaborate on projects and develop your application. You can also take advantage of project management capabilities, issue tracking and more. All from within your browser, without installing any local development tools at all. You can find more info on how to use the Felgo Cloud IDE in the documentation.

This new highlight will revolutionize the way you develop and thus deserves it’s very own blog post. Stay tuned!

Release 3.5.0: Run your Qt and Felgo Apps in the Browser with WebAssembly (WASM)